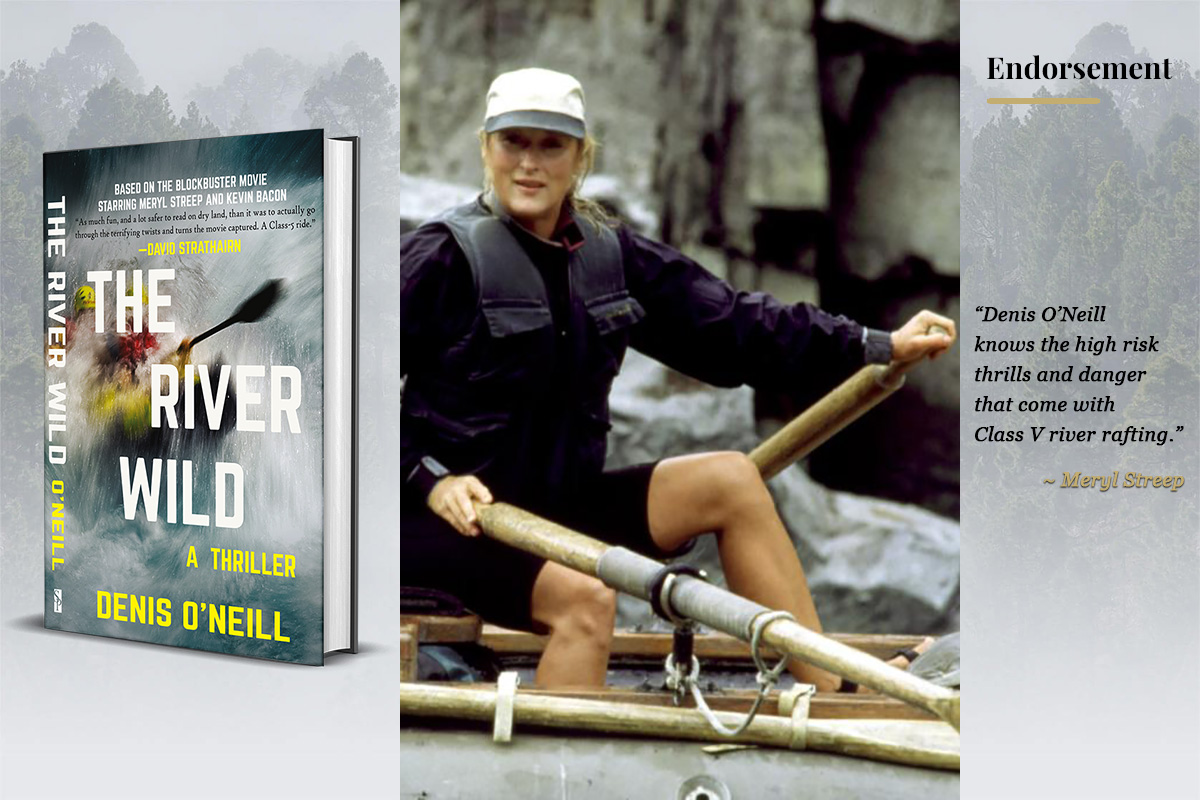 Headwaters of The River Wild

As any moving body of water has a headwater – a starting point – so, too, does this novel.

Get the Book
It started out as a humorous magazine article for Fly Rod & Reel (“Diary of a Mad Floater”) following a six-day float trip down Montana’s wilderness Smith River. From there, it flowed into an original screenplay which attracted Meryl Streep, director Curtis Hanson and the interest of Universal Studio, which released the motion picture incarnation in September of 1994. That flowed uninterrupted for nearly twenty years, until I decided the story should have a final life on the printed page. By then, there was more I wanted to say about the power and beauty of wild rivers and Mother Nature.

The thriller ingredients, propelled by a vigorous downstream journey, provided the foundation I needed to add a new layer of suspense – a pursuing Montana state trooper not present in the film. It also gave me the storytelling energy I wanted to complement some more resonant thoughts about the importance of preserving our natural resources. The result is this novel – which has been shaped by its tributaries – yet like all rivers, has an identity of its own.

“Screenwriter O’Neill successfully adapts his 1994 movie The River Wild to the page.”

In an effort to save her floundering marriage, lawyer Gail MacDonald, a resident of Brookline, Mass., takes her architect husband, Tom, and their 13-year-old son, Roarke, to ride the rapids in Montana’s Lewis and Clark National Forest, where she once guided raft trips.

At their campsite, they encounter two men, murderer William Deakens “Deke” Patterson and rapist Terrance “Terry” Everton O’Reilly, who have just escaped from prison. The convicts, determined to elude law enforcement, compel the MacDonalds to travel down the river with Gail as their guide. Gail knows that, even if she can get them all safely past the violent rapids known as the Gauntlet, her family will be killed when they’re no longer useful to Deke and Terry. Meanwhile, Det. Lt. Bobby Long of the Montana State Police and his assistant, William “Billy” Heston, are trying to locate the escapees, but they have no leads. 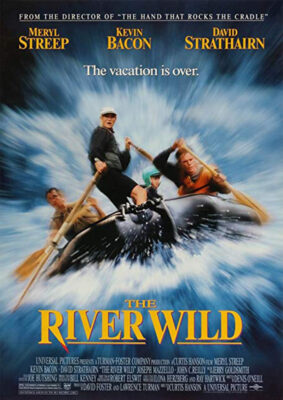 A brief excerpt from the book read by the author.

Where to Get the Book

Get it on Amazon

“As much fun, and a lot safer to read on dry land, as it was to actually go through the terrifying twists and turns the movie captured. A class-5 ride from Denis O’Neill.”
~ David Strathairn, actor, (Meryl Streep’s movie husband)

“Set in the lovingly described Montana wilderness, The River Wild plunges into a terrifying ride, hurling the reader into as many heart-stopping spins and drops as the beleaguered family at the heart of the story.”
~ Dick Babcock, author (Are You Happy Now?)

“Denis O’Neill’s THE RIVER WILD fits into the long tradition of ordinary people rising to deal with extraordinary circumstances. Just getting down the river in one piece is not enough.”
~ John Sayles, Director, Author

“Thrills, chills, spills! Those time honored adjectives apply to the movie The River Wild. But it turns out it was only the half of it. The “all of it” applies to the novel Denis O’Neill has crafted from his superb screenplay.”
~ Larry Turman, Producer (The River Wild, The Graduate)

“Not a wasted word, with a plot that gushes faster than those Class VI rapids…
suspense-filled thriller and a rollicking thrill ride right from the get-go. Terrific storytelling that includes Mother Nature as a formidable cast member. Sweeps you into the twisting, turning current and never lets go. I really couldn’t put it down.”
~ Sean Plottner, Editor, Dartmouth Alumni Magazine

“As a veteran homicide investigator and fugitive hunter, I’ve never found fictional books written about these matters interesting. But I’ve changed that opinion after reading Denis O’Neill’s The River Wild. He takes the reader on a very visual, colorful and suspenseful ride down the river. At some points it felt like I was right in the raft with the characters. The author also does a great job portraying the police. They’re not perfect, and they make mistakes, particularly in homicide cases. But they do the best they can, knowing a murderer will kill again.”
~ Detective Lieutenant Bob Long, MA State Police, Retired